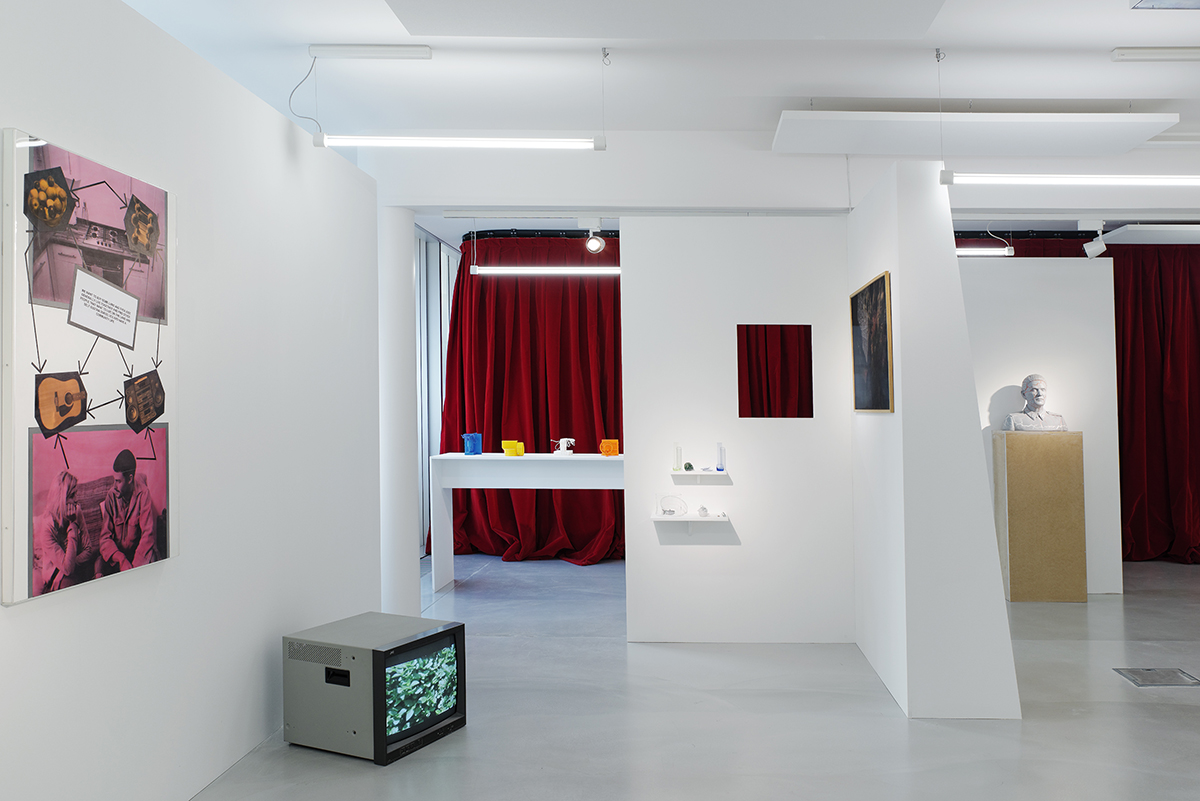 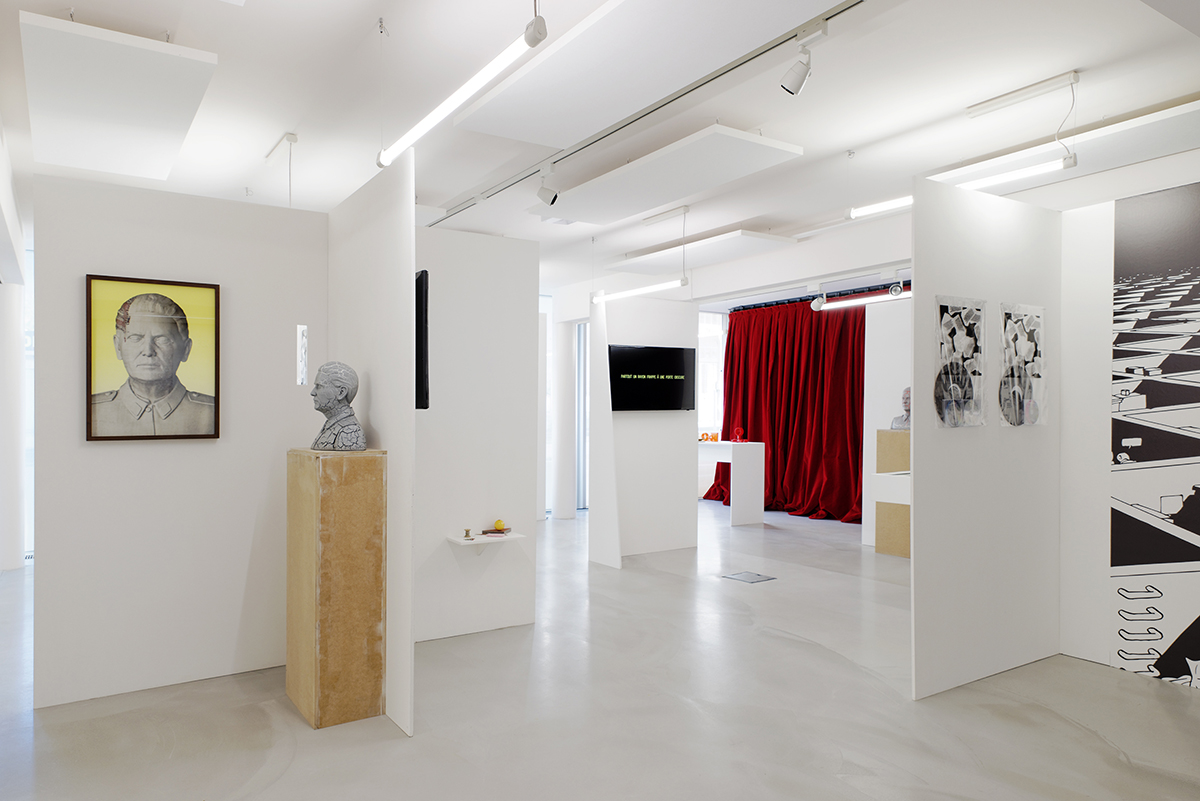 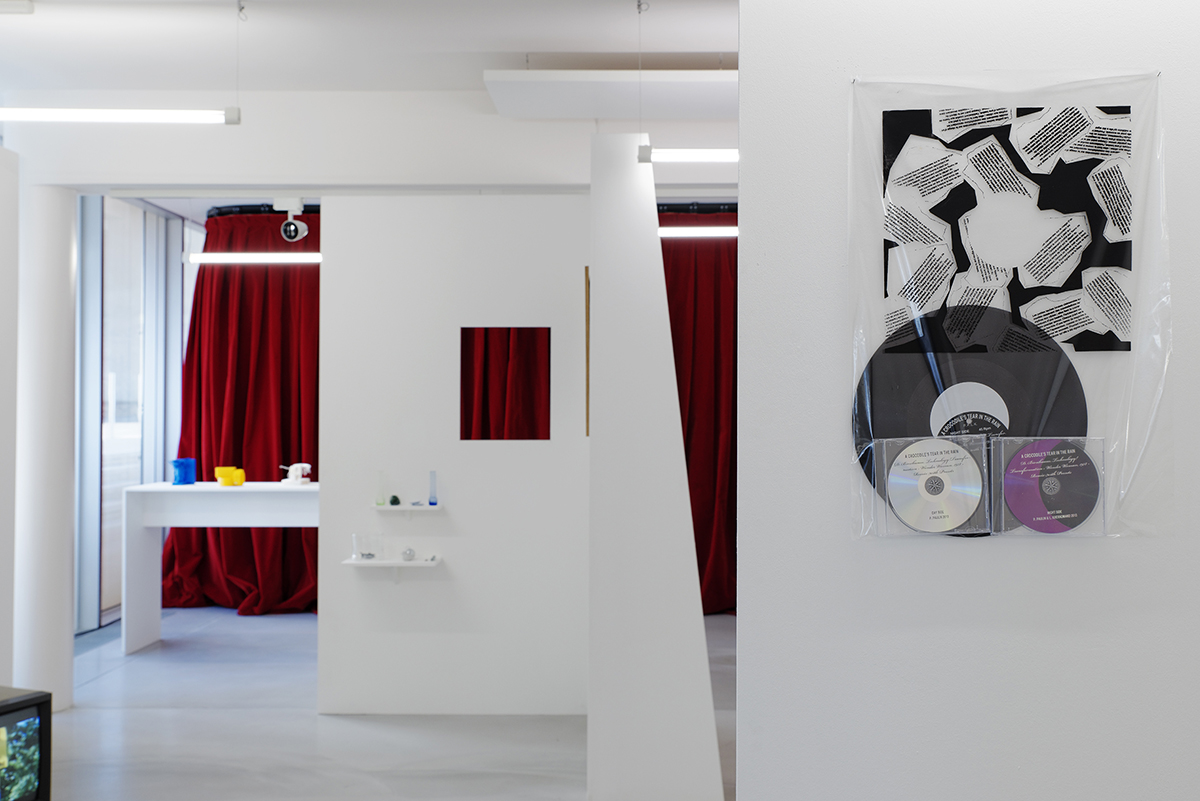 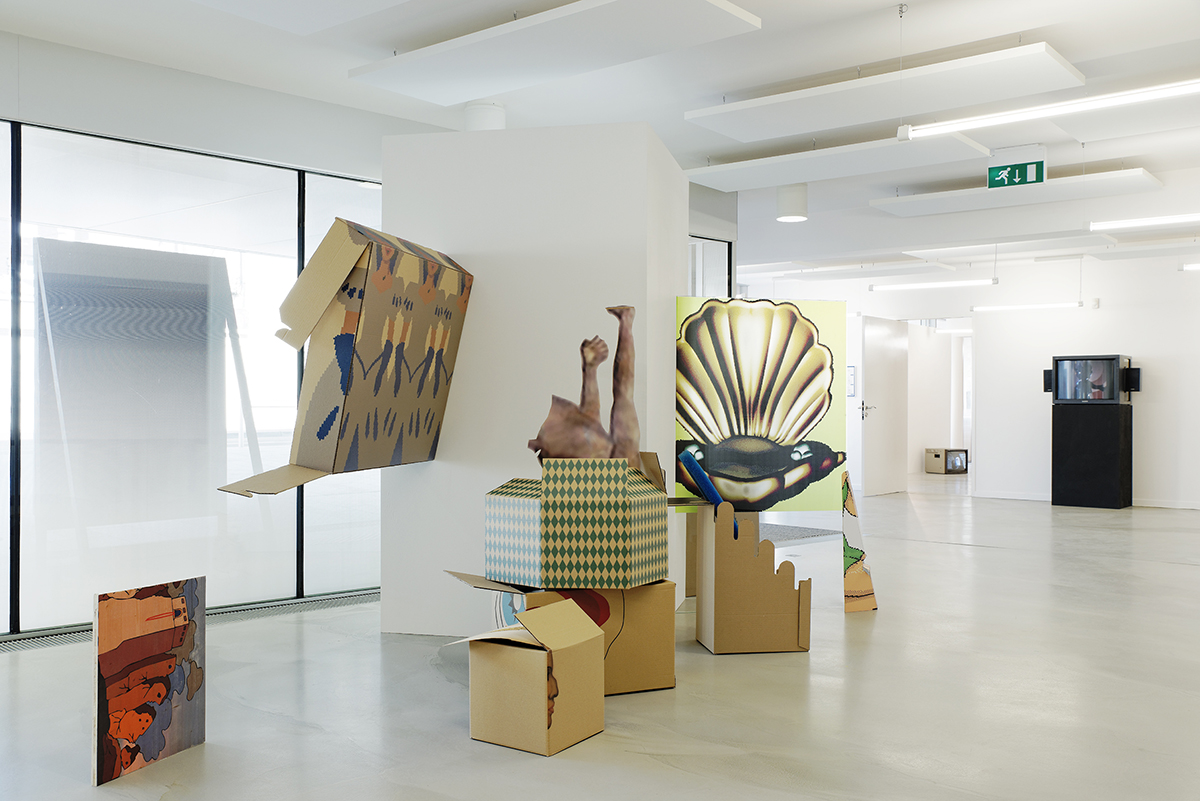 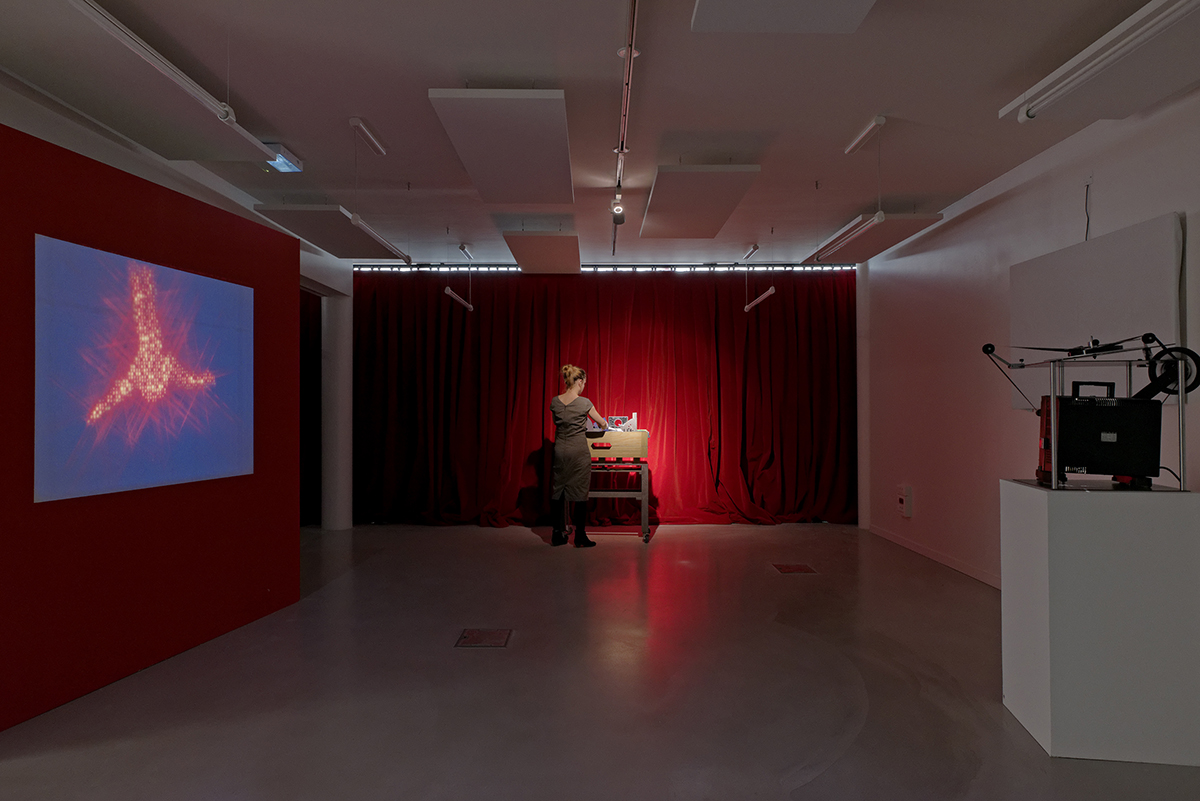 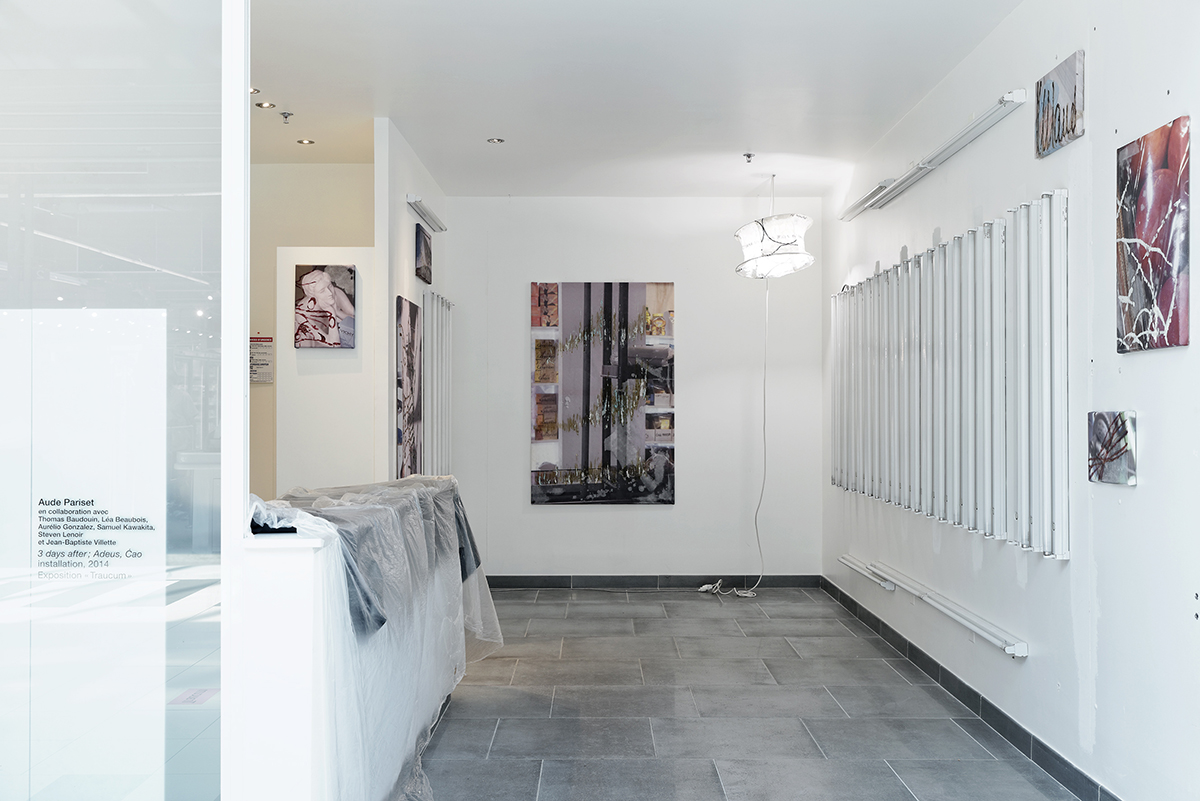 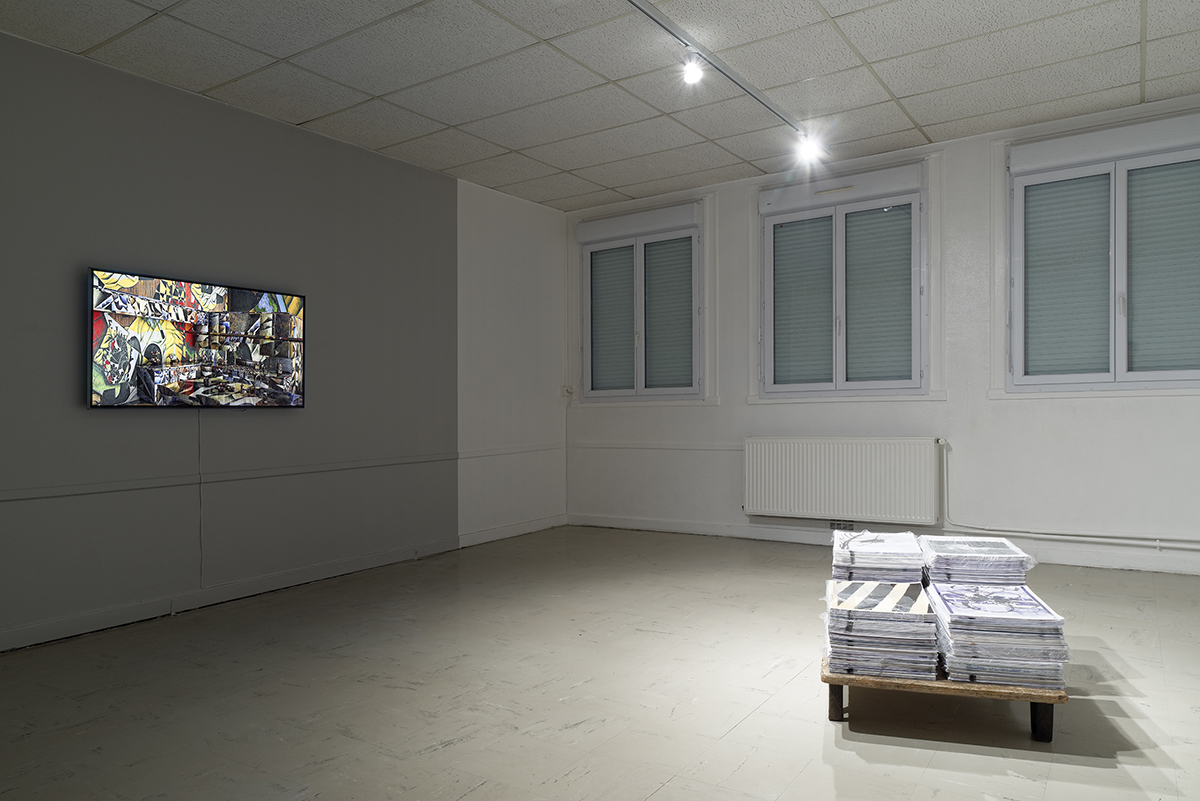 In “Psycho”, a character pushes aside a painting, revealing a hole that allows him to observe a woman taking a shower. This visual device, a metaphor of the lmmaker’s eye, is one of the oldest forebears of information and image techniques. Often connected with so-called basic needs (sexual or military), technological development also enables us to quench our thirst for knowledge and broaden our reading of the world. From lm to tumblr, the spyglass to the touch screen, slides to 3D printing, our understanding grows with the new investigations and points of view that technique makes possible.

The exhibition “Traucum” will feature a group of works by several generations of international artists whose output has taken shape around those technical devices centered on images and information. The selected pieces will offer narratives that lead us towards new territories of knowledge. The question of montage is inseparable from that of the production of an alternative writing of knowledge, that knowledge bringing together elements from disciplines that are quite different on the face of it, and connecting elds that are traditionally foreign to one another. In ligne with “Brigadoon”, conceived by Céline Poulin in La Tôlerie last year (brigadoon.me), by creating a mise en abyme of the practice of montage, “Traucum” seeks to paint a fragmentary overall image in a setting inspired by the narrative constructions and deconstructions of comic books and graphic novels.

The show will give pride of place to artists who have cultivated a particular relationship to the notion of territory, with works dealing with the former spa of Pougues-les-Eaux, the collections of the Archives départementales, and the research center of Bibracte. The show will also highlight work by invited artists who chose to be a part of Parc Saint Léger’s residency program between 2010 and 2014. And just as Parc Saint Léger – Hors les Murs (the center’s extramural program) has been doing for some time, “Traucum” will be take place in several venues and will include a number of ways of doing art. There will be a central exhibition at Nièvre’s Archives départementales, which extends to Collège Adam Billaut for a project designed with the artist and teacher Pierre-Luc Darnaud; a joint production at ESAAB; a workshop at Lycée Raoul Follereau; and an artist’s residency with the social housing association Logivie. Finally, a group of events put together by Franck Balland will cap a wonderfully varied and locally grown program of art.

RESIDENCY
A shadow was seen moving in that window
Collaborative residency of Sébastien Rémy in Varennes-Vauzelles, in partnership with Logivie 8 July to 31 October 2014, by appointment
informations about the project

TEOTWAWKI
Workshop by Jennifer Fréville with a junior-high class from the Lycée Raoul Follereau in Nevers
Inauguration, Friday 17 October at 11:30 am. Exhibition will run from 17 October to 21 November, by appointment
informations about the project